About the Weather Station 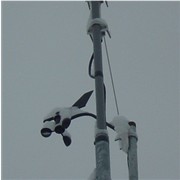 This is a venture (HOBBY PURPOSES ONLY) to display the current weather conditions in close proximity to Smithsburg and Leitersburg;

The weather data is updated every 10 minutes from a privately operated weather station about 3.0 miles west-northwest of the town of Smithsburg.

Here are most the components after unpacking.

Not shown are cables for the wired model which our station uses, heater for rain collector, radiation shield, aspiration fan and interface software.  (Davis photo of model 6150): 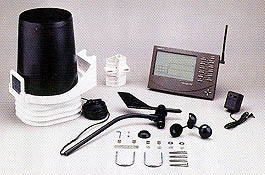 Photo of the model 6151C Sensor Suite including radiation shield.  The Solar Panel is not standard, I have set it up to charge two batteries to power the aspiration fan. 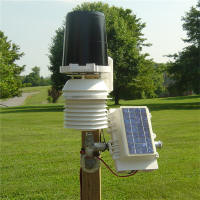 However for more exact wind readings, our components are separated and the Anemometer is mounted at 35'; off the side of our amateur radio tower. 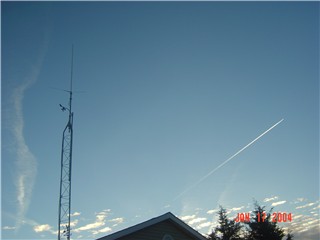 The Vantage Pro Console as shown in this Davis photo.  (Wireless shown, ours is Wired - no antenna) 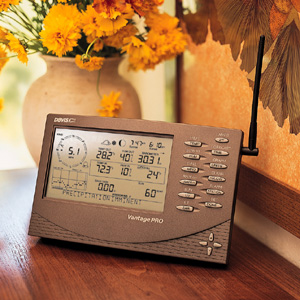 Also installed but not shown is the Davis "WeatherLink" interface software that continually downloads data from the console and transmits to the Internet and other data collecting sites.  All components are on "UPS" battery backup systems that can continue to power the sensors, console, interface computer and communications devices in the event of a power failure.

We are having fun, now!!